It is an unfortunate truth that we have to teach our kids about the horrors of the world, such as what happened in New York City on September 11, 2001. Doing so, however, should be a concept learned little by little, line upon line, as they grow. Here are some sensitive ways to teach about 9-11 . 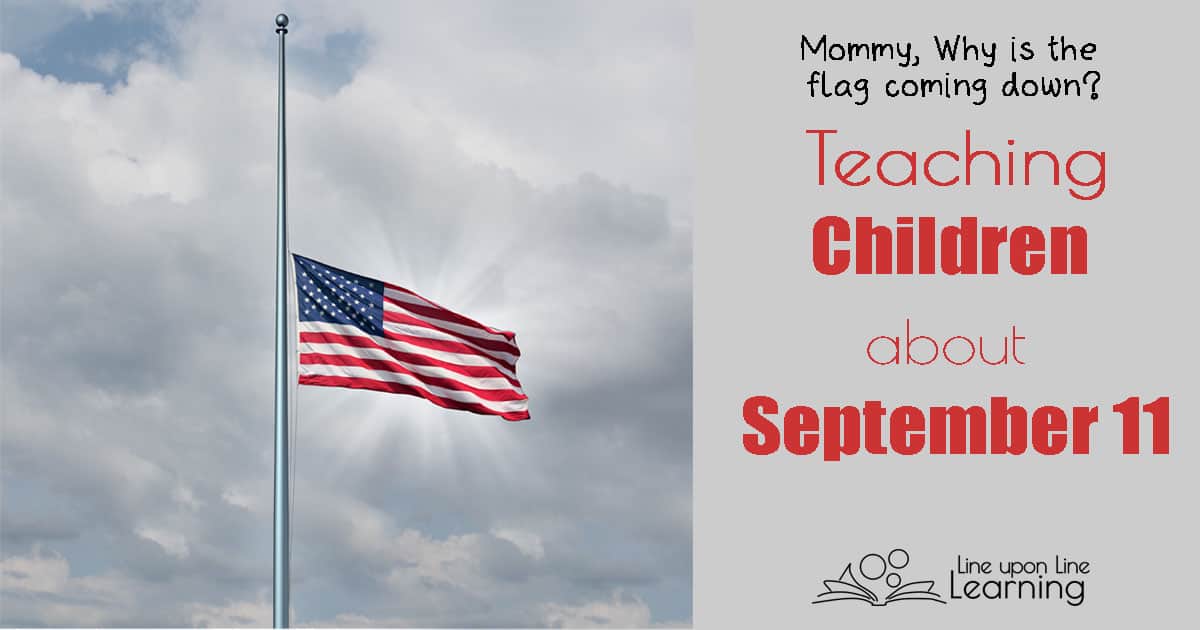 A few years ago, when my son (my oldest) was three years old, we were driving to church on September 11 when my son noticed the flag at half mast. He asked me the question that haunted me at the time: “Why is the flag coming down?”

I told him that many years ago on that day some bad men stole an airplane and killed a lot of people. We fly the flag half way up to remember that lots of people died.

“Who were the people that died?” he responded. “Tell me their names.”

I didn’t have any names for him. I didn’t, in fact, know any of the 3,000 people who died that day. I didn’t even see the television coverage until after I returned home from campus a few hours after the fact. I found out about the towers as I walked in to my economics class at 9 a.m. Mountain Time, just 20 minutes after I’d finished reading the New York Times and heading out for class.

It struck me, though, that his first reaction was to connect with the people who died. He could have said, “Why would bad men do that?” but no, he knows that some people are bad in the world. He just wanted to remember along with me and all the others that put our flag at half mast. I had just told him that we lower the flag to remember. He was remembering through me. In some respects, that is enough of history to comprehend for preschoolers!

Remembering the Helpers on September 11

As children get older, it may be helpful to understand the positive amidst the tragedy.

I was spared from any great disasters when I was little, but there was plenty of news of them in newspapers and on the radio, and there were graphic images of them in newsreels.

For me, as for all children, the world could have come to seem a scary place to live. But I felt secure with my parents, and they let me know that we were safely together whenever I showed concern about accounts of alarming events in the world.

There was something else my mother did that I’ve always remembered: “Always look for the helpers,” she’d tell me. “There’s always someone who is trying to help.” I did, and I came to see that the world is full of doctors and nurses, police and firemen, volunteers, neighbors and friends who are ready to jump in to help when things go wrong.

The quote from Fred Rogers above is never more important than when we are teaching our kids about sad events that happened. September 11, 2001 is such an event that can be remembered through the helpers. It’s also helpful to remember that September 11 is now remembered as Patriot’s Day, so it is a good time to study the Pledge of Allegiance or national leaders.

The following books are good “helper” books for younger readers. Of course, parents need to take in to consideration their own children’s sensitivity. Already reread a book first to determine if it is appropriate for your child.

Easing In to More September 11 Facts

When my kids are older, I feel we can have a little bit more discussion about history. For example, when my early elementary child was asking more questions, I decided we’d watch the BrainPop featured movie together (subscription required, but it usually is free to watch on September 11 each year). The movie raised even more questions. He could not comprehend what a terrorist is, and why or how someone would do what they did.

Now my second child will be entering to this stage, and my older child is the one who wants to explain it to her. Yikes!

I’m okay with building little by little each year. It is a tragedy that I’d rather not have to try to explain. But as he grows in understanding of the good that happened that day too, I feel he is reassured in our safety in the world.

Books about 9-11 for Older Children

Fictionalized stories, as well as more detailed nonfiction, are more appropriate for older children who can understand bad and good in the world without become tramatized. Here are some books I’ve enjoyed. I am excited to introduce some of these to my fifth grader this year.

Each child approaches tragedy in a different way. How will you approach the subject with your children this year? 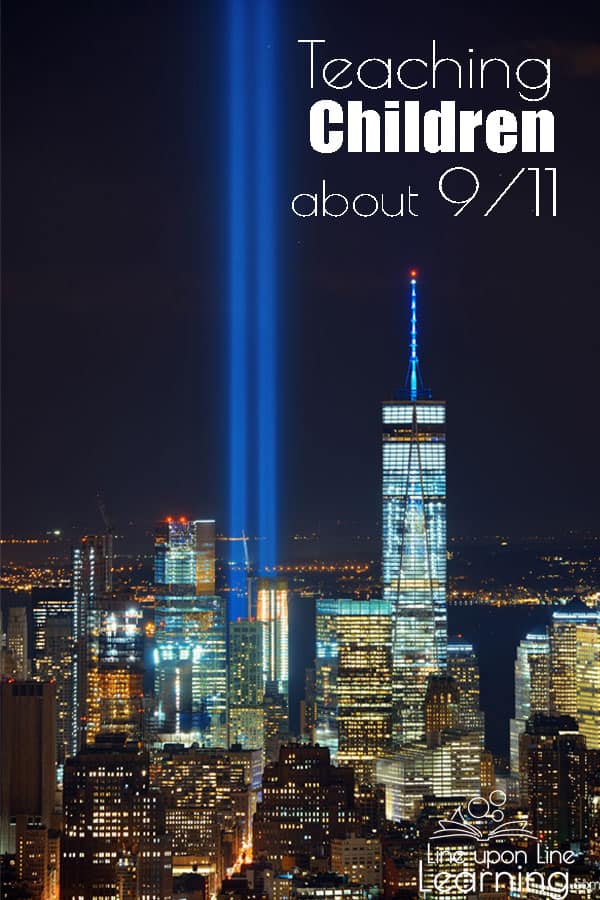