Line upon Line, Precept upon Precept: Why I Can Homeschool

Read More
Fun Games for Your Homeschool and What They Teach
Line upon Line, Precept upon Precept: Why I Can Homeschool
Teaching Young Children about September 11
Keeping Cool with Water Games During the Hottest Month
Thinking Outside of the Box: Springtime Learning Ideas
An Entertaining Spanish Language App for Kids

I asked Raisin what the word of the week is and he responded “Happy.” I am so glad that is the end result of this week. I may have called it lazy, cranky, or cold, but I’ll go with his word.

When he chose “happy,” I was reminded that life is a series of small moments all added together. There may be a down day here or there, but the end result is a positive memory.

I’m linking up with Hip Homeschool Hop, Five for Friday, and Weekly Wrap-Up. 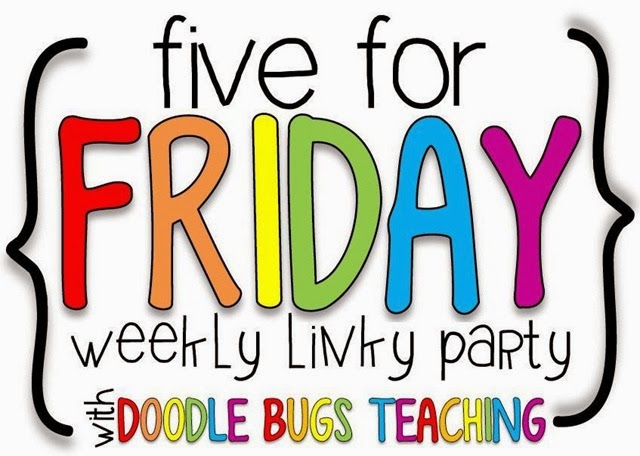 Yet, Monday, freezing cold Monday, he had the most emotional meltdown he’s ever had. It wa

s a silly little thing as we were finishing breakfast, but it lasted for hours. He needed to rest on the couch to stop crying. He burst into fresh tears every time he stood up. I sent him to his room, and that made it worse. I let him out and tried everything to calm him. The most successful was that we sang church songs together until he calmed down…only to burst into tears afresh when we stopped singing.

It was really hard to be the patient mom I needed to be! I prayed; I pleaded for help to know how to help my son. I called my husband at work to tell him I was having a hard time (and that helped me regain confidence). I prayed some more.

By late morning (after 11), the fuss was over. My son was laughing and playing. We made lunch and played together in the afternoon. He was okay. When Dad came home, he could tell Dad he had a fit earlier but he was okay now.

There are lots of things to learn from that crazy day. But the main thing is that God will not leave me comfortless. He will help me with the crazy responsibility called mothering. I am not naturally a patient person, but being with

my son so much as a homeschooling mom has given the need to ask for more patience.

I wondered how my son would react in a public situation if there was a disaster or tragedy that turned him off as it did that morning. I asked on Facebook what teachers do if a meltdown happens in a classroom situation. Some teachers said the student might be sent to the nurse, or another student would buddy up with them. I just cannot imagine the patience those teachers must develop for a whole room full of children who could meltdown at any time!

I was grateful that I was there with him during his hard morning, even if it meant I had to deal with the hard morning myself!

As a result of the meltdown day, I let go. I did not force much school on Raisin on Monday. After he recovered, we did a math game, and a Spanish game, and an English game. We played together, but he was still learning. It was delightful! There were no more tears, and there was no more complaining.

Monday reminded me how young Raisin still is. He is a brilliant six-year-old child, but he is still only six years old. I must remember to give him the chance to play more often, and I need to cherish those moments I can play with him.

Tuesday I embraced that same young child as we made our desk work into games. We “played school” Tuesday.

Wednesday we had co-op, and Thursday we had a play date in the afternoon (for Strawberry).

So we did not get as much school finished as was on the schedule. Things were a little different. But we did learn each day this week, and by the end of the week, Raisin says the week was “happy.”

I call that success.

Part of our “letting go” was changing school up.

One thing I’ve been concerned about was actually practicing speaking Spanish. I have mentioned how much I love Visual Link Spanish. I still do. They have an audio component, and students should “listen and repeat” as they learn. But Raisin resists practicing speaking with me. He insists I stop speaking in Spanish and does not want to respond in Spanish . . . even though I know he could! Enter Spanish game time. Al Mont’on! (sorry don’t know how to add accents in wordpress!) is a game much like go fish. It is a game to practice speaking SER adjectives.  And it works! My son has had many turns asking if I had something, saying one of the 16 adjectives, and sending me to the pile to draw!

At first, he’s just muddled the words in his mouth. But I asked him to clarify and he’s sound out the word. He’s gotten practice!

I asked him why he likes playing the game, and he said, “Because I like to win!” Of course! Go Fish is one of those lucky games that anyone can win!

Note: I got a free copy of the Scotten’s Stuff game to help her proofread it. It is for sale in her TPT store!

Strawberry is learning more and more each day. A few times while Raisin did his school games this week (and his little bit of desk work), Strawberry has begged to play games with me. Most games were not played according to rules. Roll the die, move the pieces around, OK next game!

The other day, however, we got out Sequence for Kids and Strawberry actually figured out how to play! She would draw a card and then find the animal on the board. I helped her learn to put tokens on the spots! She really enjoyed playing and found animal matches for a good 10 or 15 minutes before moving on. (We didn’t worry about the four in a row.)

Let me tell you: that is incredible for this active girl with no attention span! I am delighted to see her little mind at work, and I’m excited for what this means for the future!

My last item for the week is progress on my own personal development goal progress: I’m taking photography lessons!

I have a camera, a new lens, and studio lights. I’ve been playing with it all for a year, and at Christmas my husband got me a gift certificate for lessons so I could learn how to do it right. I had my first lesson last Saturday. Let me tell you, it was fun!!

Most of the pictures I post on this blog are from others (credit always follow), so I’d love to stage my own photos and post those instead! Also, though, I want to focus on portrait photography and I don’t post my kids’ faces on the blog.

So, I probably will not be posting too many of my pictures any time soon, but I am so excited to learn and expand my abilities regardless of that!

How was your week? What word would you give to describe it?

Read More
Fun Games for Your Homeschool and What They Teach
Homeschooling and Home Learning, Parenting and Family

Line upon Line, Precept upon Precept: Why I Can Homeschool

Read More
Line upon Line, Precept upon Precept: Why I Can Homeschool
Elementary Learning, Parenting and Family

Keeping Cool with Water Games During the Hottest Month