I realize that my children are young, but I decided we needed to learn about his grandparents and great-grandparents who served in the armed forces today. Understanding the service given by veterans helps us understand the freedom we truly enjoy came at a cost. 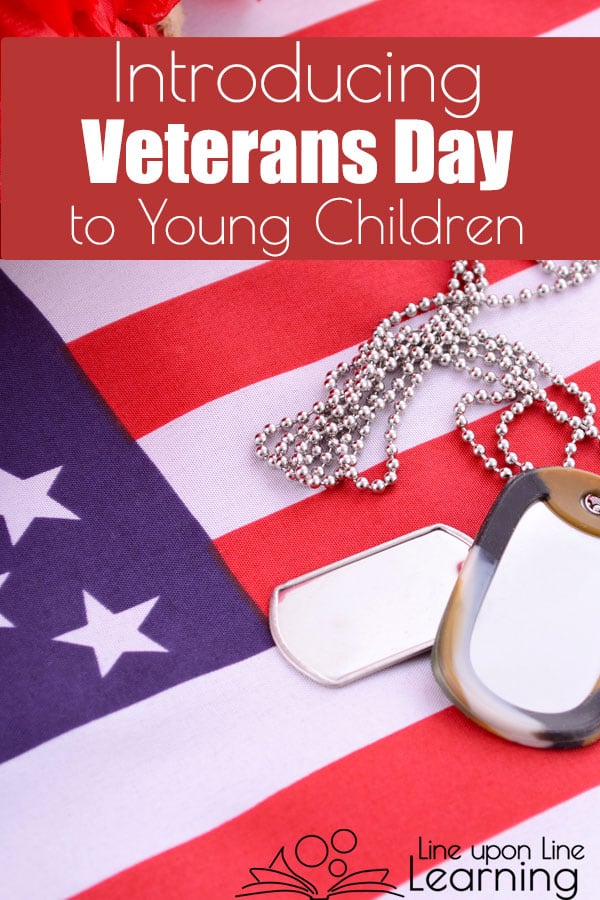 BrainPop has a movie about the armed forces so we started with that. Then I reviewed with my children the difference between the army, navy, and air force.

After that, we talked about these important people from his family history. Great Grandpa Orvil was stationed in Alaska during WWII. His camp was attacked by Japanese bombers, and there were 7 casualties. He volunteered to head up the team that sought for the downed Japanese plane.

My father and father-in-law also served our country in the army during the Vietnam War. Although my son said this morning that hearing the stories was “boring,” I know some day he’ll better appreciate all these great people have done for our country.

How do you celebrate Veteran’s Day with your kids or students?

You may also love using the Family History Interview set to talk to family veterans. Sign up to become a VIP to get access to this product and dozens of others in the VIP Resource Library.

What Grandparents Teach Me