In my next writing class, we are going to read a few of these snow day books and then create a chronological story about a snow day of our own. The following snow day books will help us get our ideas flowing as we write our own snow day stories.

The Snowy Day by Ezra Jack Keats is a classic picture book about a young boy exploring his urban neighborhood in the snow. This is the first snow book I always think of when I consider the season.

Froggy Gets Dressedby Jonathan London is definitely not a favorite of mine but it is a perfect “snowy day” book, as it emphasizes the difficulties of getting ready to go out in the snow. It’s a funny story about a silly froggy. 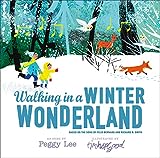 Walking in a Winter Wonderland, illustrated by Tom Hopgood, is a picture book of the favorite winter song. The illustrations are so beautiful.

The Mitten by Jan Brett is a retelling of a traditional story of animals all crowding in a woven mitten during a cold snowy day. I love how in Jan Brett’s version, she includes pictures of the child’s adventures too, along with the animals’ story.

Katy and the Big Snow by Virginia Lee Burton shares one of the author’s characteristic vehicle characters, this time a tractor that pushes a snow plow. It’s great when dear Katy can come to the rescue on a snow day!

Blizzard by John Rocco tells about the author’s true experience being caught in four feet of snow! It was a snow week, not just a snow day.

Owl Moon by Jane Yolen, a tender nature-filled account of a child going owling in the snow with her father.

Robert Frost’s Stopping by the Woods on a Snowy Evening is a favorite poem of mine, and the picture book illustrated by Susan Jeffers is a beautiful rendition. It’s a nice glance at just a moment on a snowy day.

The Snow Day by Komako Sakai is a gentle picture book with a young bunny begging the mother bunny to go play in the snow as they watch the snow falling from the comfort of inside. Mother bunny finally acquiesces!

In the mostly wordless Snow by Uri Schulevitz, a boy discovers a single snowflake, but none of the other residents believe him. As the snow swirls down in the end, Mother Goose joins the boy as they play in the snow in a magically transformed world.

Snowballs by Lois Ehlert has clever mixed-media collages to show how one family decorated the snow.

In the less well known In the Snow by Huy Voun Lee, a mother writes Chinese characters in the snow, teaching her young son what the characters mean.

Brave Irene by Walter Steig is about a girl who braves the snow on a very snowy day!

Do It All Snow Day Books

The children in Snow Day by Lester Laminack dream of the snow canceling school, but the next day is not quite what they expect.

White Snow, Bright Snow by Alvin Tresselet tells the story of the postman, a farmer, a policeman, and the children over the course of a winter using paintings and select colors.

Snow by Cynthia Rylant is a poetic picture book about a girl having a snowy day adventure with her grandmother, beginning with the wonders that come when there is a snow day to cancel other plans. 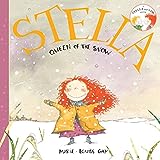 Big sister Stella in Stella, Queen of the Snow by Marie-Louise Gay introduces her younger brother to his first snowstorm as she tries to answer his questions and they explore the snowy world.

All about Snow Books 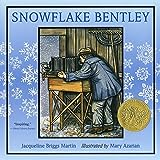 Snowflake Bentley by Jacqueline Briggs Martin is a a nonfiction biography picture book about the world’s number one historical expert in snow. It is incredibly thorough and fascinating. The amount of text would suggest it is for older children, but the images would be appreciated by everyone. 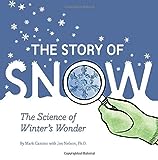 The Story of Snow by Marc Cassino is a well written nonfiction book for the younger readers. Photos and illustrations are interspersed throughout.

Which of your favorite snow day books are missing from this list?

Favorite Picture Book Characters to Introduce to Your Kids

Traveling Around the World with Living Books