It’s hard to believe, but I’m ready to share my curricula for my son’s grade year. My daughter, at age 2, is going to be enjoying learning too, but I don’t have anything formal for her this year! From ancient and medieval history to Logic of English, here’s what we will be doing this year. 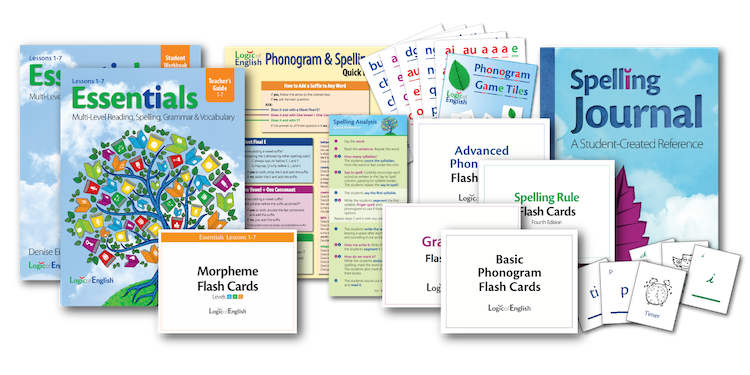 For Language Arts, Raisin and I are going to start Logic of English: Essentials. So far, after the first week, he loves it. It is just right for his level. For kindergarten and first grade, we did Logic of English Foundations A and B and parts of Foundations C. I was feeling like he needed a little more rigour this year, since he is reading well. We’ll take Essentials slowly and cover the 40 lessons in probably two school years. It is a combined spelling, handwriting, and grammar program.

For writing, we will be doing two things. First, we will be continuing Writing With Ease. We have 10 more weeks of WWE1 and then we will start WWE2. In addition, next month our co-op begins. I am teaching a reading and writing class. We’ll read books at home and discuss them each week. I think we’ll be making interactive notebooks related to what we are learning as well!

I have done the first three of six books for Miquon Math. I’m ready for something different. We’re going to start using Singapore Primary Mathematics this year. I have 2A and 2B for this year; if it goes quickly (and so far it has!) then we can look in to 3A as well. Raisin loves math, and so far he’s found the book very easy. This is probably because we already did the first half of second grade via Miquon already. It’s nice review, since we took a break over the summer months.

I’ll supplement this with plenty of games and extra stuff too.

I consider there to be two different aspects of social studies. First, there is history. For this we will finish Story of the World 1 (we have about 5 chapters left) and then we will cover Story of the World 2. This is the end of ancient history and the continuation of world history into Medieval Europe.

The other aspect is geography and culture. We will be doing various readings about world places and culture. I also intend at some point to start a study of American geography. We did a lot with American history last year, but we may review some key points as American holidays come nearer.

This is the only unprepared section we have this year. I don’t have a curriculum for this, but we will have a science class at co-op. Since we did life science (plants and the body) last year, this summer we have been reading about animals. We have a stack of old ZooBooks magazines and some nonfiction reading passages I purchased so we’ll be using those as well to learn about animals.

My son loves camera play, so we’ll focus on photography this year. I also introduced him to Stop Motion animation this week. More on this later! I hope to also continue to expose him to great composers. Maybe at some point I’ll get in a habit of introducing a composer a week or something? I don’t have anything formal for this.

My son is signed up for a Swim-and-Gym class with the local park district. That is two hours once a week. We also will continue to have gymnastics once a week. Raisin and Strawberry love to practice “gymnastics at home” every night once the play room is all tidied, so we’ll continue with that.

This is the first thing I started planning out this year. Since Raisin will turn seven in just a few short weeks, this means it is one year until he will be of age to be baptized into our church if he chooses. I feel like this is a key year as a mother for teaching him good habits of religious self-education.

We start each day with a devotional. I’m creating some plans for this as we go. Sometimes we’ll listen to a General Conference talk and other days we’ll read a chapter from the Book of Mormon together. We’ll also have a “song of the week” to learn and a “scripture of the week” to recite.

I also am expecting Raisin to study scriptures on his own. So far, he’s loved it. He is reading Genesis. Some days he says he does not want to stop reading! I hope to nurture these habits.

Spanish will be continued via Visual Link Spanish. My son also does Typing Instructor every once in a while to practice typing. He is delight that he is up to 10 words a minute! (Although, there are plenty of errors in that: we’ll work on it!)

And…and I’m sure I’m forgetting something but that is our year’s curriculum in a nutshell!

What are you doing for second grade this year?

Ten Highlights of Our First Day of School (first grade)